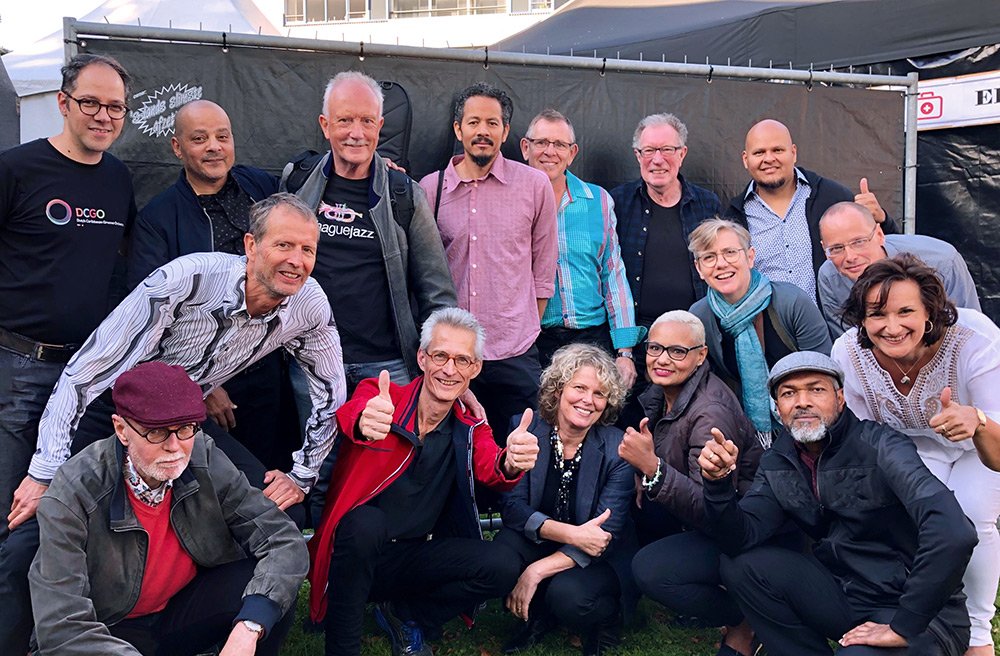 Dutch Caribbean Groove Orchestra (DCGO) goes beyond being an ordinary orchestra and can more aptly be described as a melting pot of collaboration by like-minded music lovers from various cultural backgrounds. Led by Michael Simon, DCGO was founded in Rotterdam in 2011 by Fra Fra Sound and thus part of the MO Music Activation family.

Combining the sounds of African, Latin, American, Caribbean and jazz, this educational project is a platform for music lovers alike to come together, despite level of expertise and have fun while spreading their message of love and unity.

“Our message of course is to celebrate and live deeply while igniting and uniting people through music. Music is colorblind; music transcends barriers of gender, age and creed and brings people together. Music in itself a language that touches all people; and the Dutch Caribbean Groove Orchestra is a platform to touch peoples’ hearts all over the world while jamming out to some jazzy sounds.” ~ Michael Simon